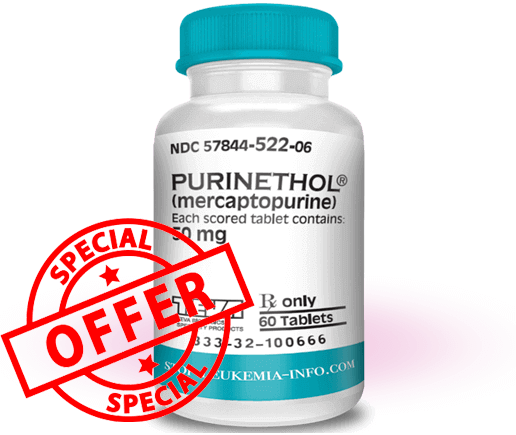 Autoimmune diseases: answers to important questions Our immunity is a complex system of organs and cells designed to protect the body from foreign agents. The basis of the system can be considered her ability to distinguish "someone else" from "her". When this possibility is lost, that is, a failure occurs and the body starts producing antibodies that attack it, so that regulatory T cells can not cope with the maintenance of immunity, autoimmune diseases occur. The medicine managed to find out more than eight dozen types of such violations, some of which we paid attention to in the article.

What is special about autoimmune diseases?

Pathologies of this type are common enough - it's about 20 million people only in USA. At the same time, immune malfunctions can be the cause of disability or death. Anyone can develop a disorder, but women of reproductive age are especially at risk (especially if someone from their relatives had an autoimmune disease). Genetic predisposition is explained, for example, by multiple sclerosis. It also happens that pathology affects many members of the family at once. In addition to genetics, poor ecology can cause or exacerbate ill health, that is, not only the presence of harmful substances, but also the harmful effects of the environment (solar activity with chemicals, viral and bacterial infections). It is also known that the race is affected by the prevalence of diseases: the same type 1 diabetes is more common in white people, and the systemic lupus erythematosus of a severe form is observed in African Americans with Spaniards.

What are autoimmune diseases and their symptoms?

As already mentioned, immunity glitches are more common in women, however, there are general symptoms: weakness with dizziness and low-grade fever (when values ​​last for 37-38 ° C for a long time). Many disorders are characterized by transient symptoms with variations in severity. So, let's consider some immune pathologies with their main signs:

* with focal alopecia, immunity attacks the hair follicles (they melt hair) - the general state of health does not change, the appearance is affected, since body hair falls out in places;

* differences in antiphospholipid syndrome, when the inner shell of blood vessels is damaged due to thrombosis of arteries with veins, are thrombi, rash on the knees with wrists, as well as spontaneous miscarriages during pregnancy;

* destruction of the liver occurs with autoimmune hepatitis; the organ can become condensed, in addition, cirrhosis with hepatic insufficiency is often diagnosed; the liver is enlarged, weakness is felt; the skin may itch and begin to turn yellow; sometimes joints and stomach ache (more often upset stomach);

* celiac disease does not tolerate gluten - a substance that is part of cereals with rice, barley, plus some drugs; the disorder is manifested by damage to the mucosa of the small intestine, bloating, pain, diarrhea, constipation, set or weight loss, weakness, downed menstrual cycle, itching and rash on the skin, infertility or miscarriages;

* The attack of cells responsible for the production of insulin (regulates blood sugar levels) occurs with type 1 diabetes; increased sugar threatens to damage the eyes (for example, blurriness of the image), nerves, teeth, kidneys, heart; often want to go to the toilet, thirst is felt, weight is lost, the sensitivity of the legs decreases (or there is a pricking), the ulcers heal badly, the skin is dry and itches;

* When the thyroid gland produces many hormones, Graves' disease develops; Symptoms include insomnia with irritability, weight loss, high sensitivity to heat and sweating; hair is split, muscles are weakened, hands tremble, and eyes become convex; sometimes there are no symptoms;

* The immune system attacks the nerves that connect the head and spinal cord (Julian-Barre syndrome) to the body, the nervous impulses go bad, the muscles do not respond to them; the symptoms can progress in just a few days (sometimes weeks) - there is a weakness with tingling in the legs; Heavy forms end in paralysis, sometimes both sides of the body;

* In hemolytic anemia, erythrocytes are destroyed, the body does not have enough time to create them, so that the organs are poorly supplied with oxygen, the heart has to work with a double load; all this against the background of fatigue, respiratory failure, dizziness, headaches; Hands with feet cold, skin pale and slightly yellow; possible development of heart failure and other problems;

* a feature of idiopathic thrombocytopenic purpura - destruction of platelets, important participants in blood coagulability; for this reason, women have a difficult period of menstruation; The skin is covered with rash-like small purple or red dots; bleeding occursin the mouth or in the nose, the stomach hurts, there is diarrhea with blood;

* Chronic inflammation in the intestines and gastrointestinal tract is diagnosed as Crohn's disease, or ulcerative colitis; there are rectal bleedings, weight decreases, fever, constant fatigue; the first violation is also manifested by ulcers in the mouth, and the second - with a painful or complicated intestinal peristalsis;

* inflammatory myopathy refers to a group of diseases characterized by inflammation and muscle weakness; especially often it is women who are diagnosed with polymyositis or dermatomyositis - in the first case, the lesion affects the muscles involved in movements on both sides of the body, and in the second there is a muscle weakness with a rash on the skin; the spread of weakness usually begins with the near-vertebral muscles (lumbar and sacral divisions); possible fatigue during the movements, fainting, pain in the muscles, plus difficulty in breathing and swallowing;

* It happens that the lesion touches the nerves in the spinal cord and the brain (we are talking about multiple sclerosis); the symptoms vary depending on the place of development of the pathology; In general, weakness is noted with problems of coordination, balance, speech, walking; sometimes there is paralysis, trembling or numbness with tingling of hands, feet;

* Myasthenia gravis attacks muscles with nerves all over the body; it is difficult to hold your eyes, the image is twofold, you often want to yawn, it's also difficult to swallow; there is suffocation with paralysis, lowering of the head; it is difficult to climb stairs and pick up items; suffers speech;

* destruction of the biliary tract in the liver threatens the development of primary biliary cirrhosis, when a lot of bile accumulates in the

body; there is a compaction of the liver, it is covered with scars and at some point stops working; sclera with skin turn yellow, the skin itches, it dries the eyes and in the mouth; fatigue is felt;

* In psoriasis, new skin cells are created very actively, so that the head, elbows and knees are covered with coarse red spots with scales; it all itches, it hurts, prevents sleep, walking, hygiene;

* attack on the shell of the joints of the whole body - a sign of rheumatoid arthritis; joints do not move well, hurt, swell and deform, and this affects motor activity; possible fatigue with fever, weight loss, inflammation of the eyes; kidneys suffer, anemia is sometimes observed, and under the skin there are formations that look like cones;

* feature of scleroderma - abnormal growth of connective tissue of vessels and skin; The fingers turn white, turn red, turn blue depending on the temperature around, swell, hurt, move worse; the skin thickens, shines on forearms and hands, is pulled together (the face reminds a mask); sometimes difficult to swallow, breathing becomes short, weight decreases; diarrhea with constipation is possible;

* Pathology affecting the glands producing fluids in the body (eg, teary, salivary) is called Sjogren's syndrome; against the background of fatigue and dry eyes (also in the mouth), problems with swallowing, loss of taste sensations, cavities in the teeth, hoarse voice, swollen glands;

* Almost all organs and systems suffer from systemic lupus erythematosus: weight decreases, hair falls out, mouth ulcers appear and a rash near the nose, on cheekbones (like a butterfly), and also on other parts of the body; fever attacks occur; joints with muscles ache; behavior changes; pain is in the head (it is often dizzy), breasts, memory is broken.

* the destruction of cells giving the skin color, occurs with vitiligo; Sometimes the nasal cavity of the mouth is affected; in places where sunlight gets to, white (also in the forearm, groin) is formed; hair early turn gray.

Still experts specify that contrary to opinions, the syndrome of chronic fatigue with fibromyalgia does not belong to pathologies of immunity, despite the similarity of symptoms (for example, pain with fatigue).

What specialists will help cope with autoimmune diseases?

* The urologist is necessary at problems with kidneys, for example, if there is a systemic lupus erythematosus. * Rheumatologist will cope with arthritis and other rheumatic diseases (except lupus it can be scleroderma).

* Without an endocrinologist can not do with hormonal problems - the same diabetes, thyroid.

* Consultation of a neurologist is necessary, for example, with multiple sclerosis and myasthenia gravis

* To the hematologist is sent for blood diseases, for example, various forms of anemia.

* Without a dermatologist can not do with psoriasis, lupus and other skin diseases.

* The Adaptive Physician will find ways to simplify your daily activities, adapt to a new state.

* To address to phoniatrics it is necessary at infringements of speech - the same absent-minded sclerosis.

* The audiologist will give recommendations on how to restore hearing.

*To restore the normal emotional state, to cope with the experiences will help the psychologist. In any case, before going to a dedicated specialist, consult your doctorand take a line with an extract from the medical history.

Choose a drug should only a doctor, focusing on the diagnosis and symptoms. Tactics of treatment can include, first of all, relief of symptoms: at least aspirin with ibuprofen for short-lived effect. More serious preparations are bought under the prescription. In the context of substitution therapy, substances that are no longer produced by himself (for example, diabetics in serious cases need insulin injections) are introduced into the body. Special drugs normalize the level of thyroid hormones. Sometimes it does not do without drugs that depress the immune system to control the process and preserve the activity of the affected organ (for example, with lupus to support the kidneys). In the fight against inflammation use small doses of chemotherapy, and, say, anti-TNF drugs block inflammation in arthritis and psoriasis.

What to change in the way of life in an autoimmune disease?

Complete cure for this kind of disorders is impossible, but symptomatic treatment helps to maintain a normal lifestyle. Of course, life in one form or another will have to change according to the advice of a doctor. For example, minimize stress, do not overcool, do not stay in the sun for long. Make nutrition more healthy by eliminating products not recommended for a particular disease. Enrich the menu with fruits, vegetables, whole grains, low-fat or low-fat dairy products and vegetable proteins, limiting fats with cholesterol, salt and sugar. Ask the doctor what kind of sports you can do and start to actively work in this direction. Do not forget about rest: you can do yoga or meditation. Get a good night's sleep and see a specialist on time, then the disease will not show hard symptoms.